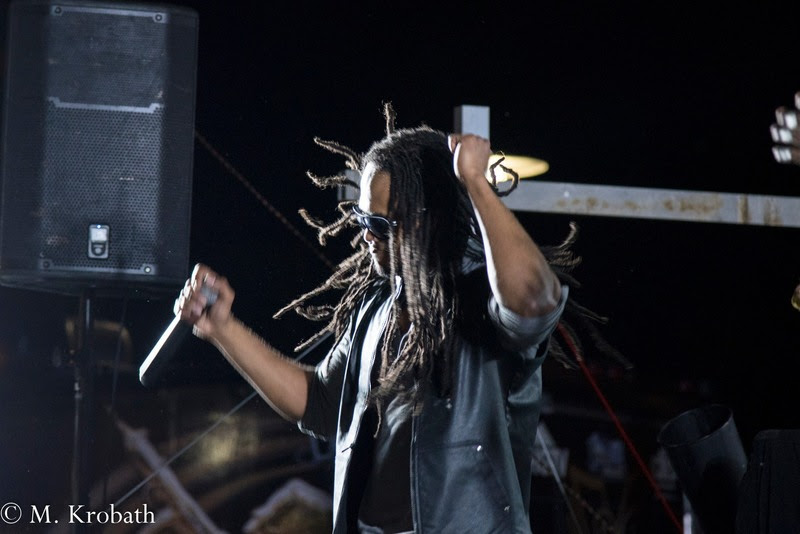 ReverbNation, launched in 2006, is an online platform for musicians with a user base of more than 3.8 million musicians, fans, venues and labels in more than 250 countries worldwide. (Source: Wikipedia)

ReverbNation ranks its own artists from its user base and as of April 23, 2015 ranked Cohen Robinson the No. 1 Rhythm and Blues, Hip-Hop and Pop artist in South Florida, 69th Nationally and 89th globally.

And he doesn’t just perform to achieve his own fame.  He combines his music with charitable events, believing his shows and performances at these events are a way to give back to the community by promoting a message of equality to those in attendance.

He’s been a volunteer his whole life whether it was reading to kindergarteners in the fifth grade, mentoring middle school and high school students or singing the National Anthem for various not-for-profit organizations like the Susan G. Komen Foundation, the American Red Cross, March of Dimes, Relay for Life and Walk for Autism Speaks, among others.

Born Cohen Roberto Robinson, in the small city of Pompano Beach, FL. Cohen Robinson from an early age, was destined for greatness. As a triple threat acting, singing and dancing in elementary school talent shows and plays, Cohen Robinson knew he possessed a special gift. His early musical influences included greats such as The Isley Brothers, Michael Jackson, Sam Cooke, Stevie Wonder, and Boyz II Men.
In so far as his view of his view of the world, Mr. Robinson says:  “In the 29 years I’ve been on this earth I’ve only seen humanity divide from my personal perspective and experience.  I remember as a child the sence of community I felt when going shopping at the grocery store, shopping at the mall and going to play games in the arcade.  Over the years I’ve watched small businesses dwindle and with that the community dwindled too, losing its feel of homeliness.
With regard to technology, I am grateful with the advancements that have been made, but I feel as though our way of communicating with each other has been reduced to digital communication rather than real life interaction and communication.  When your world only consists of a TV screen, computer screen, tablet screen or cell phone screen, you’re limited to the information you fed yourself instead of getting out and talking to one another; getting to know strangers, going into the local meat market, grocer or deli instead of a corporate chain.
Music gives you glimmers of hope to reconnect humanity and I use my music as a tool to invoke the same feeling; to bring people together in the form of relatable music regardless of gender, age, ethnicity, etc.”

Next on his horizon is the release of his first solo “extended play” album.  He was in a rhythm and blues group eight years ago called Eklipz and toured the country, meeting a lot of talented people such as Darius Rucker, Kris Kristofferson, Herbie Hancock, Jim Carey, Gavin Degraw, Christina Perri, Nico & Vinz and Vanilla Ice.
“So,” he says, “releasing a solo project is exciting all over again. It will be an album you won’t soon forget, a timeless work of my life’s art!”