Did The May 2015 “Cultural Resources Assessment Report For The All Aboard Florida Passenger Project”
Treat The Old Vero Man Site As Inconsequential? 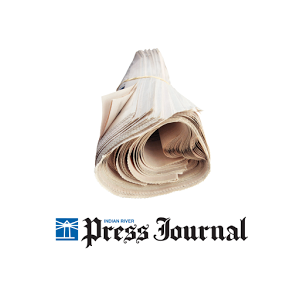 The lead headline in the Indian River Press Journal on Thursday, May 28 was: “Report: AAF would have few impacts.”  Further, it went on to say “AAF would only minimally impact cultural and historical resources…and with a few modifications the railroad could coexist with culturally important sites, including archeological digs in…Vero Beach…according to a draft federal report released Tuesday.”
That report was the Cultural Resources Assessment Report (CRAR), undertaken at the request of AAF by Janus Research of Tampa, Florida.  We must assume AAF paid for it.
Now, before we get to what the report wrote about the Old Vero Man Site, and how they seem to refer to it as inconsequential, remember these headlines we cited in a previousCommuniqué?

NPR:  “Can you dig it? More evidence suggests humans from The Ice Age.” (Old Vero Man Site)
Native American Archeologists News:  “The Old Vero Man Site in Vero Beach is one of the most important Ice Age sites in North America.”
BioNews Texas: “The Old Vero Man site has been on archeologists’ radar for more than a century.
PalmBeachPost.com:  “The Vero Man archeological site…is just one of two in the Western Hemisphere where human remains were found with extinct Ice Age mammals.”
Chicago Archaeology: “New discoveries at the Old Vero Man site may yield pre-clovis proof.” (Clovis is 13,000+ year-old hand-carved projectile-point.) “Prehistoric Vero Beach carving may be America’s oldest artwork.”
Dr. James Adovasio, Director of the Mercyhurst Archaeological Institute (Principal investigator at Vero Man site): the site is the most extensive Paleoindian excavation underway in all of North America.”
Now against the background of those testimonials, here is what the Cultural Resources Assessment Report wrote about the Old Vero Man Site:

“When the CRAR was initially submitted in September 2013, the information on file with the Florida Master Site File (FMSF) clearly placed Vero Man/Vero Locality (8IR1/8IR9) outside of the archaeological Area of Potential Effect (APE), several hundred feet west of the Florida East Coast Railway (FECR) Right of Way (ROW.)

Since the CRAR was prepared, Mercyhurst University has conducted excavations in a portion of the site, approximately 500 feet to the west of the FEC ROW. In May of 2014, the leader of these excavations provided an updated FMSF site form. According to the updated site file:

“Three Site boundaries are imprecisely documented due to local development.

Portions of the site are under fill below the FEC Railroad; a packing house lot; and othermodern construction. Known site areas are protected but under 3 to 10 feet of fill (Hemmings 2014).”

When the CRAR was initially submitted, Vero Man/Vero Locality (8IR1/8IR9) had not yet been evaluated by the State Historic Preservation Office (SHPO) regarding National Register-eligibility. In September of 2014, a year after the CRAR was completed, a Change of Status form was filed by the Florida Division of Historical Resources (DHR) for the Vero site. According to this form, the DHR now considers the site to be eligible for listing in the National Register.

However, no other documentation was provided at this time, nor has any additional information about the site been added to the FMSF since this time.

Doran and Purdy conducted coring work previously in 2008 in the vicinity of the site. Their cores demonstrated the presence of a deeply buried fossil bed in this area. They did not recover any human artifacts or remains (Doran et al. 2009). The closest core to the FEC ROW seems to be have been approximately 100 feet west of the ROW.

At the 71st Annual Southeastern Archaeological Conference (SEAC), researchers from Mercyhurst University presented a paper regarding their current investigations at 8IR9 (Hemmings et al. 2014). The paper details the very careful digging that was done in their first season and documented the fossil layer encountered under the fill.

Once again, referring to the All Aboard Florida website, a FAQ question is: “What will the environmental impact be?”  Answer: “By utilizing existing rail and road transportation corridors, the construction is minimal.  The trains will take three million vehicles off roads, reduce Florida’s carbon footprint and pave the way for a greener, eco-friendly future.”