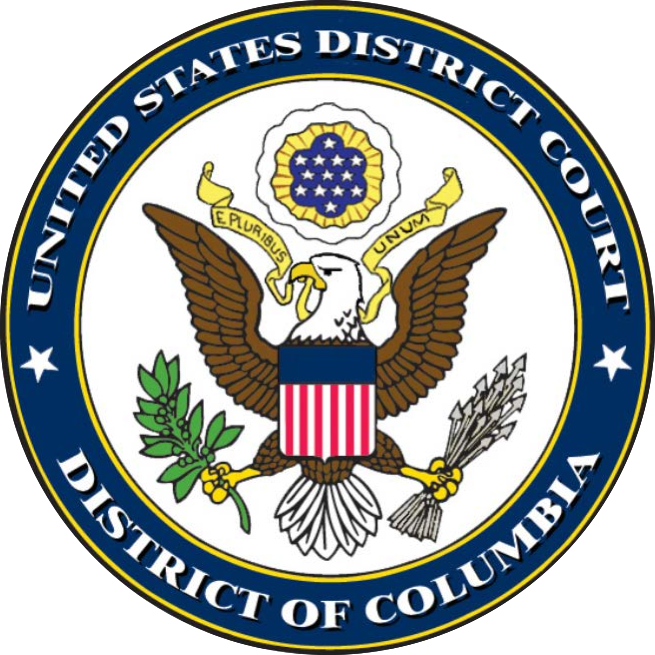 Thanks to the notes of an observer at Friday’s hearing before Federal Judge Christopher Cooper, we have written this piece to provide you with sort of a “live” article on the particulars of the hearing.
At the outset, Judge Cooper was tough but fair and had thoroughly studied the case and definitely knew the situation.
Indian River County (IRC) was represented by Attorney Daniel C. Schwartz, its lead attorney from Bryan Cave, LLP (Washington DC) and Attorney Stephen Ryan, from McDermott Will & Emery, LLP (Washington DC), representing Martin County.
The defendants, Peter Rogoff (Under Secretary of Transportation), the US Department of Transportation, and All Aboard Florida (AAF), as an an enjoiner in the case, were each represented by an attorney.
The AAF attorney, Eugene E. Stearns, of Stearns, Weaver, Miller, Weissler, Alhadeff &
Sitterson, PA (Miami) an older southern gentleman, tried to warm up the Judge to the AAF project by singing its praises at every turn, but it appeared to be to no avail.

When all was said and done the AAF attorney got up and said that “he didn’t have time to fit this in up front” but they are asking DOT for an extension of time on the bond sale (didn’t we expect this?) and he laid out what he anticipated the future dates would be:

– FDFC hearing on June 10,11, or 12 (to be determined by FDFC)
– DOT Finance Committee meeting to consider extension of time for issuance of PAB’s   on June 19 (previously set /didn’t we expect that?)

– June 22 AAF will start bond sale (how can he dictate when that would happen?)
– AAF still expects the release of the Final Environmental Impact Statement (FEIS) released any day.
Judge Cooper said, “well if you don’t hear from me by June 19, file an update.”
Then Judge Cooper asked if FDFC is granting the Bonds?
The IRC attorney said “No, FDFC didn’t meet yesterday – their defendants requested a delay.” Here it seemed Judge Cooper did not know about the delay.
AAF’s attorney said that: “All of the players in this room requested the FDFC postpone the hearing!”  But “our side (IRC)” said loudly:  “NO, that is not true.”  The AAF attorney said: “the transcript will show it.” But it won’t.  Did he lie in Federal Court?
At this time Attorney Ryan stood up and said the AAF is controlling the entire process and the FDFC jumps when they call and based on the timing of the issuance of bonds, Judge Cooper should waive the preliminary injunction until the Final Environmental Impact Statement is released and then move for a summary judgment against the bonds before they are sold.

So the key issues argued were discussed in this order:

DOT/AAF: There are no alternatives being considered to re-route the project and the bonds are necessary for the project.

IRC: Alternative routes were presented and IRC claimed that the granting of the PAB’s by DOT “prejudged” the preference of the Florida East Coast Railway (FECR) route and did so before the FEIS.  AAF maintains they need the entire FECR route. (Rather than paying for another route?)
IRC: AAF has said in all past documents that they can’t do the project without cheap debt; but Judge Cooper said: “Mr. Reininger said they would build it anyway.”  Attorney Schwartz, representing IRC said Fortress has $ 70 billion in assets and Judge Cooper chimed in saying:  “it doesn’t look like they’re going to spend it on AAF!”
Then Stephan Ryan, representing Martin County said that Mr. Reininger has never said where the money is coming from if they build it anyway.  His (Mr. Reininger) statement is conclusive without evidence of fact.

Often the southern gentleman, Attorney Stearns, who represents AAF, would filibuster with long talk about the glories of AAF.
Then there was discussion in the end about of Peter Rogoff’s letter in response to AAF’s application for PAB’s, where he wrote; “The DOT appreciates your interest in the Private Activity Bond Program and looks forward to successful financing and delivery of the project.” This prejudged the project.  Other letters approving bonds don’t say this – it is not boilerplate.

Judge Cooper agreed with IRC that the comment at the end of the DOT letter represented “predetermination” without the FEIS.
“Predetermination” is is the key word.
The AAF attorney was trying to counter by pointing out that there is a condition that AAF can’t use the PAB funds until 45 days after the FEIS is complete.

But perhaps the greatest comment by Judge Cooper, after IRC attorneys said on a number of occasions that it needs the injunction, because, and this is important, what if the bonds get sold before the FEIS is released and in its final form the FEIS determines the AAF project shouldn’t be built? Judge Cooper said to the AAF attorney: “they are saying you can’t ‘un-ring’ the bell, what do you say to that?”

The AAF attorney had little to say.
Please bear in mind there were no electronic devices allowed in the courtroom.  Our observer said that these notes were from an amateur, not a legal beetle, but “it was fascinating for me to watch the irritating facial expressions of the lead AAF attorney.”