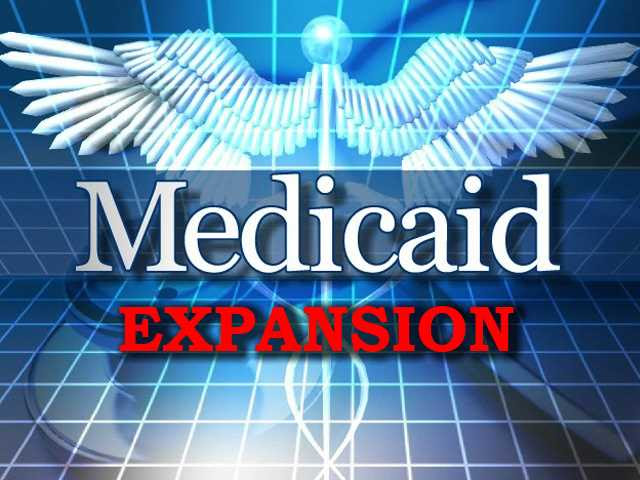 Let’s use the above example where a family has an annual income of $ 25,000 and is entitled to enroll in a Federally subsided health insurance plan. (The family income must be at least $ 23,850 to do so.)
What if the family income is less that $ 23,850?  According to the Center of Budget and Policy Priorities (CBPP), “in the typical (or median) state, a working-poor parent loses eligibility for Medicaid when his or her income reaches only 63% of the poverty live (about $ 12,000 for a family of three in 2012).”
“In states forgoing the Medicaid expansion, therefore, working people with incomes above the Medicaid eligibility limit (about $ 12,000, as above), but below the poverty line
($ 23,850) would have neither Medicaid nor subsidized exchange coverage.”  This is referred to as a “coverage gap.”
“According to the Urban Institute, there are 11.5 million uninsured people nationwide with incomes below the poverty line who would be eligible for Medicaid under the expansion.”
It would close the gap.
“Specifically,” (according to CBPP), “the federal government will, for the first three years (2014-2016), assume 100 % of the costs of covering those made newly eligible by the by the health reform law.  Federal support will then phase down slightly over the following several years (95% in 2017, 94% in 2018, and 2019.  By 2012 and for all subsequent years, the federal government will pay 90% of the costs of covering these individuals.”
For Florida, this would have amounted to $ 51 billion in Federal aid over 10 years to provide healthcare to 1.2 million uninsured people who would have been eligible under the expansion.
In 2013, Florida House Speaker Will Weatherford, a Republican from Pasco County said: “I’m extremely skeptical that somehow, magically using Federal money to put a lot of people on a broken healthcare system is going to somehow give people access to care.  We’re talking about a federal government that is not able to pay its bills.”
According to Representative Debbie Mayfield, “Joined by many of my colleagues, my opposition to Medicaid expansion is rooted in the belief that it is a broken system with poor health outcomes, high inflation, and unseverable federal strings.  Florida already provides for some of our most vulnerable citizens: low-income children children, low-income pregnant women, low-income elderly, and low-income disabled people.”
But by sharply reducing the number of people without health insurance, the Medicaid expansion will reduce state and local costs for hospital care for the uninsured.
According to Dr. Daniel Woodward, a Board Certified Emergency Room physician who has practiced in Brevard County for the past 25 years, it “would save local taxpayers about $ 1 million per month in Brevard County and comparable amounts in Indian River County.”
New York, Arizona and Maine expanded Medicaid between 2000 and 2005.  A Harvard study reported that “rates of uninsured residents dropped, access to care improved, and more people reported being in very good or excellent health.”  The coverage was estimated to save a total of 2,840 lives a year for the states.