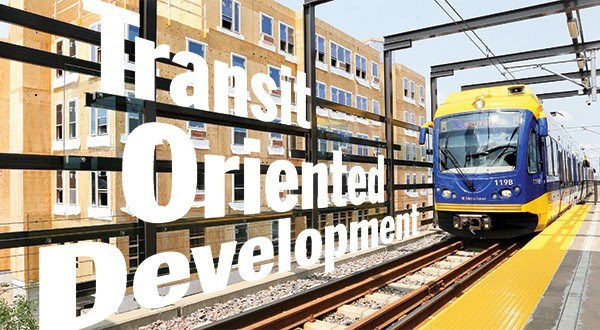 AAF is aligning itself with the transportation package known as Transit Oriented Development (TOD.)

Transit Oriented Development is referred to as the exciting fast growing trend in creating vibrant, livable communities. Also known as TOD, it is designed to create compact, walkable communities centered around high quality train systems. To make it possible to live a higher quality life without complete dependence on a car for mobility and survival.

TOD even has an Institute which promotes increased mixed-use development around rail stations throughout America.   The TOD Institute is a project of the US High Speed Rail Association, the nation’s leading advocate for the development of 21st century transportation for America.   This agenda is being driven by real estate development and train systems. It is well known that high-end high rises with retail beneath them are part of the plan.

Transit Oriented Development is the new urbanism way to build rental units so the renters’ income doesn’t go to maintaining a larger house and property.  It ushers in sustainable development regional planning like Seven50 (“Seven Counties, 50 years), a blueprint for growing a more prosperous, more desirable Southeast Florida during the next 50 years and beyond. Under the TOD and Seven50 initiatives, construction of apartment buildings and stores by the stations will draw people currently living in the county in their existing abode to the train station so they can more easily get on it and work or play elsewhere.

Steve Meyer, an author and host of a weekly radio program on WTTB 1490 AM, with six letters to the editor in the Wall Street Journal, has a theory that home ownership directly affects conservative values – if you own your home, you’ll think more conservatively about preserving your home, neighborhood, and care more about governance.  He believes it directly correlates with growing a conservative base of voters.

Much of TOD focuses on building rental units so the renters’ income doesn’t go to maintaining a larger house and private property and can go to paying for government services like mass transit, environmental efforts for sustainable energy and to support parks and green spaces and grow government. Is what people pushing trains, train stations and related development are hoping for?  The renters then vote in the people that do the most for ‘fairness’ and social/emotional issues and urban services rather than strong private property rights conservative, low taxes/low spending government. Martin, St. Lucie and Indian River counties have what Palm Beach, Ft. Lauderdale and Miami do not have—primarily, land and suburbs with room to grow. Martin, Indian River and St. Lucie Counties have withdrawn from Seven50.

As one reader wrote, “the heart of this mess is Public Private Partnerships, the death knell of capitalism and free enterprise. This is an arrangement where the taxpayer pays for the profit of a few. Corporate welfare on a grand scale under cronyism. The government will pick the winners and losers. They will also decide where you live and how you will travel. TOD is just the beginning and the taxpayer is picking up the tab.” (According to Wikipedia, “A Public Private Partnership is a government service or private business venture which is funded and operated through a partnership of government and one or more private sector companies.  These schemes (emphasis added) are sometimes referred to a PPP or P3.”)