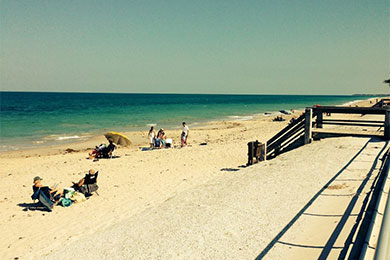 Humaston Beach, Vero Beach, named one of the 10 best beaches for families in 2014 “scattered across the U.S.” according to http://www.familyvacatiocritic.com

BY BEING A LIFEGUARD IN VERO BEACH YOU MAY NOT BE FAMOUS BUT YOU ARE AMONG THOSE WHO ARE.

Jack Nickelson and Clint Eastwood were lifeguards; as well as Ronald Reagan.  Ronald Reagan saved 77 lives over the course of 77 summers.

A lifeguard is a profession that has existed for 200 years.  Compare that to how the U.S. was founded in 1776.  The title of the first life guard in 1855 was “Constable of the Surf.”

It is a profession.  Of the full-time constables, the average length of service is ten years.  It is a profession just like being a teacher.  You’re not going to make a fortune but you fulfill your passion.

Among others, one of the most important skills is that of “patron surveillance,” where you thoroughly and repeatedly keep a close watch over all the people.  You sit and watch, essentially monitoring everyone simultaneously; and be ready to react.

The key is to react quickly when you see a “potential” problem and rescue the person before the situation becomes serious.  Every month there are multiple major medical situations. 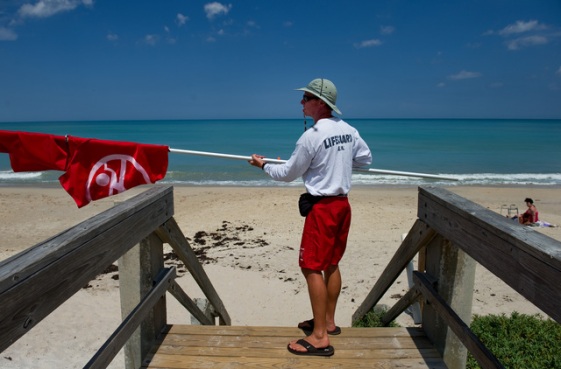 Although there are approximately four miles of beach in Vero Beach, constables only guard 450 yards of beach at the Humaston, Jaycee and South Beach Parks, in addition to the Community Pool at Leisure Square.

Constables even respond outside of the officially guarded area. One recently ran 1/2 a mile south of the South Beach Park to help someone.  Essentially, they keep an eye out as far as they can see, which is why the Vero Beach Life Guard Association, a not-for-profit organization with a mission to promote lifeguarding and water safety in Vero Beach and surrounding communities is raising funds to build a new tall lifeguard station at Humaston Park.

According to constable Eric Toomsoo, “If we can’t see them, we can’t save them.  A higher vantage point would give us a better line of sight.”

Further he says if there is a 15 knot wind blowing from the South East or a “nasty” five foot drop-off, “we walk the beach and suggest to parents that they take their children to the Community Pool.”

“We tell people in the water to “never turn their back to the waves.  A lot of people just don’t understand the ocean.  They are visiting from Michigan where they swim in lakes and are at risk here with our rip currents and drop-offs.”

“We use binoculars and can often see the fear of God in their eyes.”

“We especially watch out for people with limited swimming ability, older folks who are at risk of breaking bones, people who are not high in the water and those with frantic movements (splashing), which we refer to as ‘climbing the ladder.'”

In one instance a gentleman visiting from Poland in his early 70’s encountered a two-to-three foot drop-off, was driven to the bottom and broke his neck.  Fortunately the constables saved him.

The constables of the surf are responsible for posting flags detonating water conditions.  A green flag means a low hazard condition.  Yellow is medium caution, Red is high hazard and Double Red is no swimming.

There are four categories of swimmers the our constables keep an eye on.

Our constables in training on Tuesday, September 15, 2015

We extend a special thanks to constable Reick for his input and assistance with this article.

We are glad to highlight the duties and responsibilities of our Constables of the Surf.

One thought on “A Lifeguard in Vero Beach is a “Constable of the Surf.””